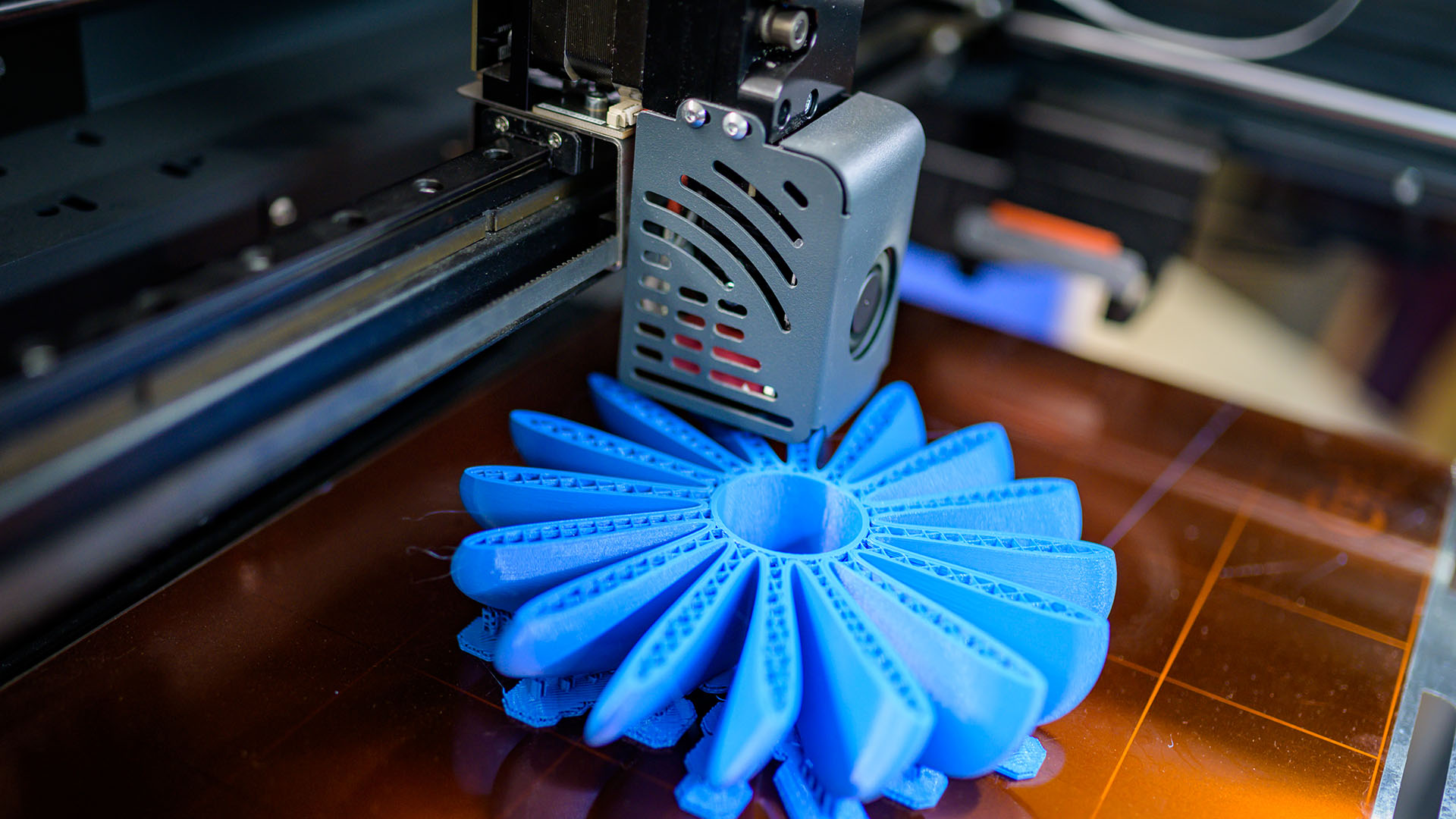 Mark Glover sat in on the latest Service Community event where the agenda covered 3D printing, data-driven manufacturing and PAS 280, the beginnings of a British standard for life-cycle engineering services.

Ian Cockett oversees Atlas Copco’s strategy for tools and industrial assembly solutions working with big automotive clients such as Honda, Hyundai and Jaguar Land Rover; brands reliant on the rivets that are created at the company’s Deeside plant.

Ian is presenting to members of The Service Community inside the firm’s Innovation Centre, the venue for the group’s latest gathering. Through the windows of our conference area examples of the company’s rivet producing technology are visible, including a robot-operated self-pierce rivet setting solution, that produces high volumes of product while having built-in intelligence to identify faults and self-fix.

It’s this large output and reliability that Atlas Copco’s global customer base demands. Worldwide, it has 750 service agreements and approximately 2000 technicians, with 55 of those in the UK. The client-base stretches from the aforementioned automotive giants to what the Ian affectionately coins, “Freds in a shed”; small, often one person outfits in a tiny workshop producing, for example, road signs for local councils.

The firm’s engineers, Ian explained, are encouraged to be “entrepreneurial” in their approach, a culture which has seen many progress through the company to more senior roles. However, he acknowledged the challenge that the modern service engineer faces which requires multi-technical skills while delivering a robust customer service to clients. Ian’s point produced a ripple of agreement from delegates. Engineers are now expected to develop soft skills in order to enhance customer engagement. It’s a quandary that large firms like Atlas Copco and others – many of whom have representatives in the audience – will have to solve.

One trend gaining traction in service is additive manufacturing or 3D printing. It’s a potential game changer for the spare parts supply chain and for Henk Jonker, COO and Co-Founder at DiManEx, a Dutch-based digital supply chain service provider and the day’s next speaker, its use is growing among his clients shares. He shares case studies of of those who have successfully used the technique including Shell, Electrolux and even the Dutch army, whose ageing vehicles, Henk says, are at such a maturity that it is not possible to get spare parts. 3D printing has managed to negate this.

“In data driven manufacturing, you need to be able to filter through even more to find exactly what you need… “

Delegates were asked to ponder the affect of additive manufacturing on their own supply chain with many recognising its benefits, namely financial given the technique allows for small batch production rather than a large minimum order requirement, but also recognising the positive environmental impact it has given the process reduces material wastage.

Next up, Iain Crosley, a self-confessed “data veteran”, began by showing delegates one of the many pictures on his smart phone of Stephie his German shepherd. Selecting the image and bringing up the picture’s data information such as size, resolution, path storage; the aperture and focal length of the phone’s camera; even the exposure time, he showed that just in one image there exists a huge amount of information. In data driven manufacturing, he said, you need to be able to filter through even more to find exactly what you need.

Iain is Managing Director at Hosokawa, a Japanese company who provide process solutions in powder and particle processing technology. He oversaw the digital transformation of the firm’s UK contract manufacturing facility in Runcorn, a food processing unit, as it made the leap from industry 3.0 to industry 4.0; an almighty chasm, Ian explained, of change between programmable logic controllers and robots to today’s world of smart machinery, IoT and automation. Bringing the plant’s 3.0 technology in line with 4.0 standards took time with the retrofitting of sensors to legacy machines.

This process of optimisation was applied across the entire digital transformation journey, both technically and holistically. At its core, was a strong approach to change management underpinned by the importance of workforce engagement. “People hate fixing things temporarily,” Iain said when asked how he got the workforce on board with the project, suggesting that workers would rather see an asset working continually rather than applying a series of band-aids.

Following lunch which included a demonstration of one of Atlas Copco’s robot operated self-pierce system, consultant and former Head of Delivery at Fujitsu UK, Martin Summerhayes, explained how data analytics was used to help improve mobile ticketing solutions across the UK rail industry.

Such was the level of investigation, Martin and his Fujitsu team were able to mine granular data that flagged-up under-performing stations pin-pointing faults that included weak batteries and even around Bluetooth connectivity. The case-study is developed further in an forthcoming feature for Field Service News that Martin is writing for us, but following his presentation here delegates were left impressed by a thorough and in-depth working case that showed the potential of data analytics in industry performance.

The final turn of the day was offered by former Cranfield University Research Fellow Philip Wardle. Currently a consultant engineer, a he is also an adviser to the International Institute of Obsolescence Management. He has also along with Si2 Partners‘ Nick Frank, (and one of the founders of The Service Community) been part of the steering group overseeing PAS 280, an informal standard facilitated through the British Standards Institute on Through Life Cycle Engineering Services (TES). While not an official standard, a (Publicly Available Standard) PAS, is the beginnings of one. BS ISO 55000, the well-established standard that underpins asset management will have began in this way.

The origins of the PAS 280, Through Life Cycle Engineering Services (TES). Framework for Business Implementation – Guide, (to give the document its full title) was outlined by Philip, along with the work that went into its creation. Its purpose, he explained, is to encourage smaller firms to consider TES, a programme of services through the life cycle of an asset rather than owning the asset of product itself, which works well for larger organisations but has been overlooked by SMEs. It is, as Nick said during presentation feedback, a framework that can “encourage buy-in from senior management” which can only enhance a company’s service offering. Like Martin, Nick will be looking into this potential standard in an in-depth article for Field Service News in December.

It was a thought provoking end to an informative day which began with the humble rivet. As an asset, if you like, the rivet is not as complex than say a wind turbine however the business complexity surrounding both a wind turbine and a rivet can be just as complicated. This approach does not change and it’s a reason why all the various sectors represented in the day’s audience will have taken plenty away with them.